A reader named Heather recently wrote to ask about "snow washing." She wanted to know if, considering pollution, this is really a good idea?

Let's start with the basics. We've been wearing wool since 10,000 BCE. We've only had mechanized clothes-washing devices since the 1850s. Which means that we have quite a lot of experience cleaning our wool without a washing machine.

People didn't wash their clothes nearly as often as we do now. The majority of today's clothing contains synthetic fibers that require frequent washing. The very composition of those fibers mean they trap odor and dirt and dust in ways that wool doesn't.

But somewhere along the line, we've assumed that everything has to be washed after each wear. Which may go a long way toward explaining the decline in wool's popularity, given its "handwash-only" reputation even after the advent of machine-washable treatments.

Send in the Snow

In northern countries, a common technique for cleaning wool relied on a material that was abundantly available during the same cold months in which wool was being worn: snow.

Walking Through the Process

The snow washing process is really quite simple. Ideally you want to do this in a light, fluffy snow that has been falling for a while. That gives you the benefit of abundant fresh snow to work with and a "clean" layer on top of whatever was there previously. The finer the snow is, the more particles can interact with the wool fibers.

Generally speaking, you have several choices in terms of how to do this. It depends on your needs and your snow.

Standard procedure at this point is to let your garment sit in its snow bath for an hour or two. Then lift it out, give it a gentle shake (a rug beater works well for bigger items like rugs and blankets), and lay it flat to dry somewhere indoors and away from a radiator or roaring fire.

If you feel the need to do a bit more cleaning, simply use your hand to very gently rub the snow into the fabric. Imagine the snow is a sponge and the garment is your favorite, most fragile Limoges teacup.

Obviously, washing with snow won't necessarily fix an ink stain or food spill. But for general cleaning and refreshing, it's an excellent alternative to handwashing. It's also ideal for refreshing blankets and rugs that would otherwise be too big for standard washing machines and that you don't want to treat chemically by dry cleaning.

Best of all, there's no soap or excess water used, and the only energy required is your own.

Snow in Action: A Demo

We still had some remnants from our January blizzard outside, so I grabbed the wool throw from the back of my office chair and ran outside to perform a quick demonstration for you.

Since it wasn't snowing and our fluff had begun to melt, I simply unfurled my throw onto a clean snowbank and gave it a gentle swish and rub. Then I lifted it, gave it a shake, and put the reverse side down onto the snow to repeat the process.

What about air pollution and acid rain? Wouldn't that make snow a terrible thing to rub on our clothes?

Interestingly enough, the answer is not so straightforward. I'm still gathering data on this and will update as new information comes in—but I wanted you to have as much information as possible while there's still snow on the ground.

Acid rain can actually take multiple forms, including fog and snow. So yes, in theory, acid "snow" could come into contact with your wool. The two main contributors to acid rain are sulfur dioxide and nitrogen dioxide. Over the past 30 years, the U.S. has seen a fairly steep reduction in emissions of both into the environment. If we can continue to maintain and expand global clean air regulations, these numbers will get even lower.

Meanwhile, sulfur dioxide is actually used to bleach wool. (We know that if you try to bleach wool with chlorine, you'll end up with a big hole where the wool used to be.)

Naturally, this leads to more questions: In cases where acid rain is present, would the average concentration of sulfur dioxide be sufficient to induce bleaching? Or should we be more worried about the chlorine and other chemicals that have found their way into our tap water? In which case would snow washing actually be cleaner than tap water?

See? As I said, not so straightforward.

For those in the United States, you can actually check the EPA progress report on acid rain reduction, which offers a map by state.

What about other kinds of air pollution?

NPR also has an excellent piece on this. One take-away: if you're concerned about pollution from coal-fired power plants or wood-powered stoves, you can let the snow fall for a few hours first. The assumption here is that the snow acts as a sort of net to capture the most prevalent molecules and "clean" the air for the next round.

Snow forms around microscopic particles of dirt or dust in the atmosphere. So in theory, it's easy to think you're just rubbing dirt into your wool. We know this isn't the case. Those dust particles are truly microscopic and no different than what's floating around in your household air every day.

In terms of the water itself, the crystallization process essentially distills the water. That would lead one to believe that some snow could actually be cleaner than the water you're using to wash your woolens.

"Could" is, again, the operative word. There's much more to learn about this. But hopefully, I've given you enough information to make an informed decision about what to do the next time you see snow in your forecast.

Three Sheets to the Wind: Jillian Moreno on Storing Fleece 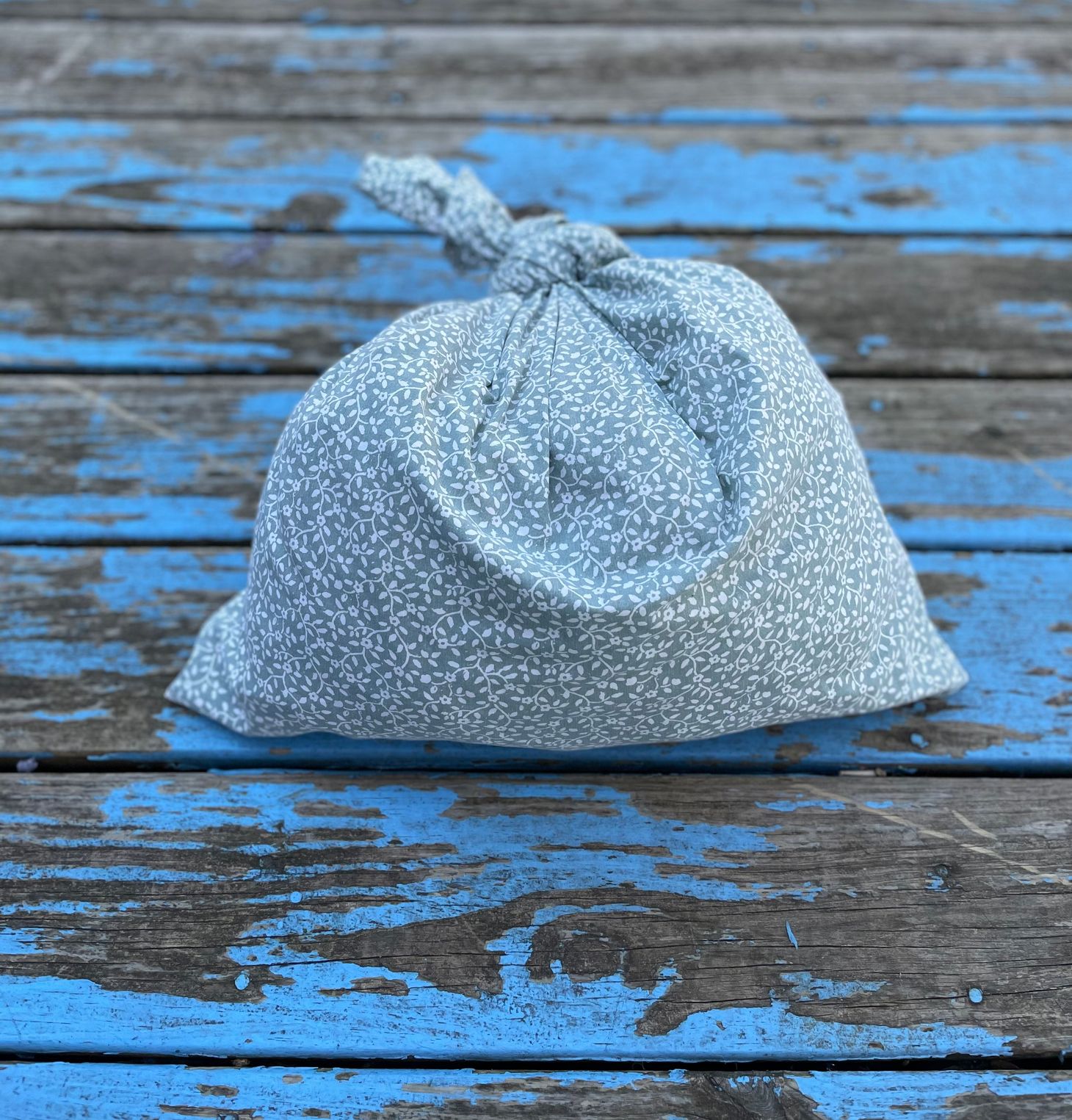 Debunking the Dunk: On Washing Wool

Hello wool friends, and happy April! As this project marches boldly into its second year, I'm making a few changes to better serve the overall mission. The free Weekly Shorts email will be replaced with a monthly email covering a juicy wool topic for everyone. The rest of the month 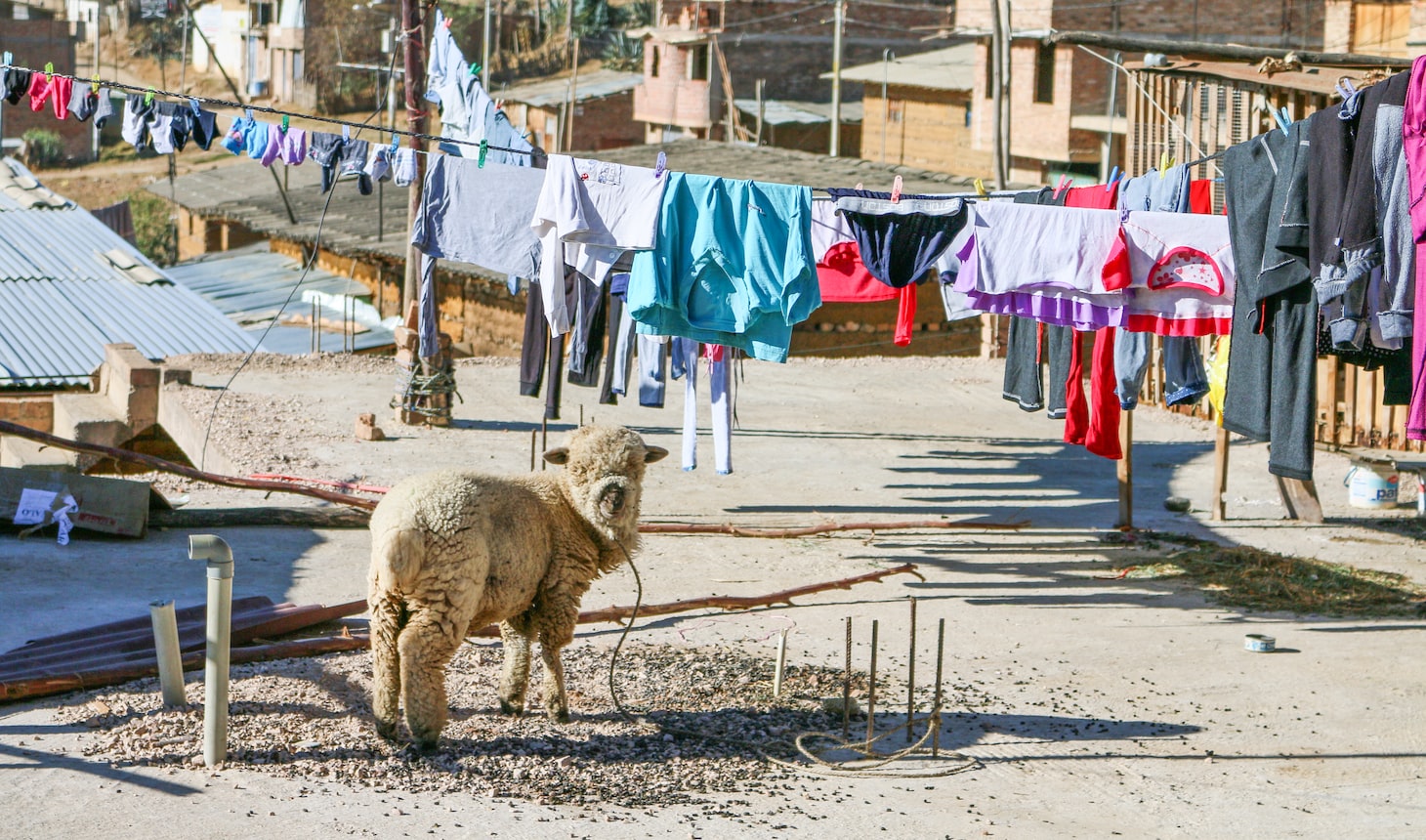