Do you put your winter woolens in storage for the summer? I never used to, and I can't even give you an intelligent reason why. Laziness? Denial? Agreed, Maine summers are extremely short. But still. How good it feels to open that time capsule from last spring and find all my best wooly friends waiting for me.

The arrival of heavy wool season (as opposed to light and midweight wool season, aka "every day of the year") brings the return of the age-old question, should I wash my wool blanket? My short answer is no, and my long answer is noooooooo. Don't even get me started on dry cleaning.

Fortunately, you don't have to get me started. Someone else got started first. That's where we begin, with an article on the best way to wash a wool blanket. Also in this issue, wool in space, wooly bubble wrap, solar sheep, and some concerning news about carbon offsets and their potential impact on the New Zealand wool industry.

This kind of article could easily have been turned into a "send to the dry cleaner" puff piece. But the author did an excellent job asking loads of people and summarizing their answers into truly helpful information on how to get your wool blankets clean. I did laugh at the spot where he said to fill a sink with water. Kudos to anyone with a sink big enough to hold a wool blanket. (To be fair, he also said, "or tub.")

Field & Stream also weighs in on general Gear RX: Merino Wool Care Tips, breaking it down for outdoor lovers. Some of this may be obvious for you, but it could be a helpful link to send to friends who aren't that comfortable with wool yet.

Here's a fun 83-second glimpse inside the wool receiving and grading areas at a British Wool center in Bradford. His fluorescent safety vest is what does it for me.

I've always viewed New Zealand as a sheep-lover's paradise, with 5.1 sheep for every person in the country (as of last January). But according to this article in The New York Times, there's trouble in paradise—and it comes from an unexpected source.

"Farmers and agriculture experts have voiced concerns that sheep and cattle ranching, a major employer in many communities and one of the country’s top exporting sectors, is bound for a significant decline."

Investors around the world are snatching up farmland to plant trees for the carbon offset credits. Alas, this has been sending land prices through the roof, making it impossible for actual farmers to buy the good land anymore. Worse yet, it's causing valuable grazing land to be removed from production. And what's happening in New Zealand could have serious impacts on the country's wool industry.

During a recent Flock Talk, Marie Hoff (of Full Circle Wool) mentioned the possibility of letting grazing livestock and trees coexist on the same piece of land. It's called Silvopasture, and here's a helpful intro video about its principles and promise.

One environmentally beneficial trend that does keep farmland in production while helping generate clean electricity is solar grazing. By which I mean using sheep to graze on land where solar arrays have been installed. Not only do they keep down weeds but they aid in carbon sequestration and soil biodiversity. In return, the panels provide welcome shade.

The idea has been in practice for years now, but it seems to have finally reached mainstream adoption. There's even an American Solar Grazing Association now.

Wool Goes to the Moon and Back!

NASA's much-awaited Artemis 1 uncrewed moon mission is back on track for a November 14th launch. If successful, it will be followed by crewed Artemis 2 in 2024. Protecting the crew in case of a critical emergency? Wool air filters from the New Zealand company Lanaco.

"It's a very small, tiny piece of wool technology which protects astronauts in the event of a fire on board the capsule," says Lanaco founder Nick Davenport.

"It's part of their critical life support system. This technology increases the window of opportunity for survival significantly, so it's a really, really important part of the programme but a tiny piece of wool is the key."

You may be interested to know that Lanaco also offers air filters for those of us back home on earth.

If you took the world's yearly production of plastic bubble wrap and placed it end to end, you could travel all the way to the moon. Not only that but 98% of all plastic packaging is single-use. Clearly fast fashion isn't our only plastic pollution problem.

The more we can remove single-use plastic packaging from circulation and find a viable market for wool that is too coarse for textiles, the better off we'll be.

It's gorgeous! Before you get too excited, I should tell you that it costs $795.

Australian Wool Innovation Limited (AWI) is the hub for Australia's woolgrowers. It's funded by a levy on every bale of Australian Merino that gets sold—so you can imagine the kind of budget they get to work with. They can do things that we could only dream of in the United States.

As a case in point, AWI has just launched a new television, radio, and social media campaign to promote Merino wool to Australians.

“We want to shine the light not only on the world’s best fibre, but the tens of thousands of men and women who grow it," said AWI CEO John Roberts. "We also want to remind Australians to go out and support their industry by choosing Australian Merino wool products.”

That's it for now!

I'm about to embark on a six-week trip with nothing but my laptop and a carry-on bag of my favorite wool clothes. Foundation Flockers, stay tuned for more about traveling with wool—including a nightgown that begs the question, can you be slinky and practical?

Thank you as always for your readership and your support. 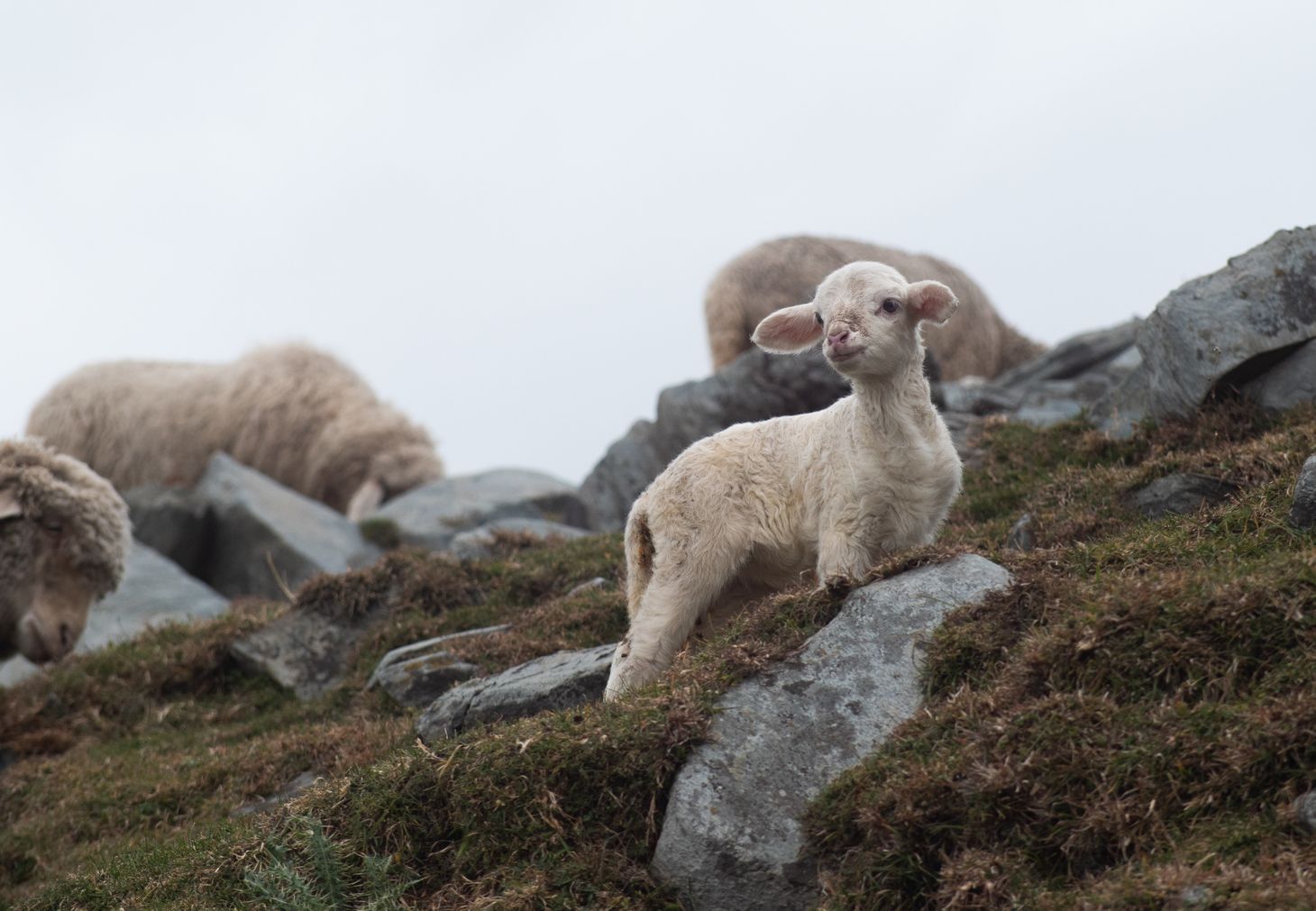